You are booking for : Cappadocia 4Days 3Nights

Cappadocia is one of those rare regions in the world where the works of man blend unobtrusively into the natural surroundings. Dwellings have been hewn from the rock as far back as 4,000 B.C. During Byzantine times chapels and monasteries were hollowed out of the rocks. excursion to cappadocia 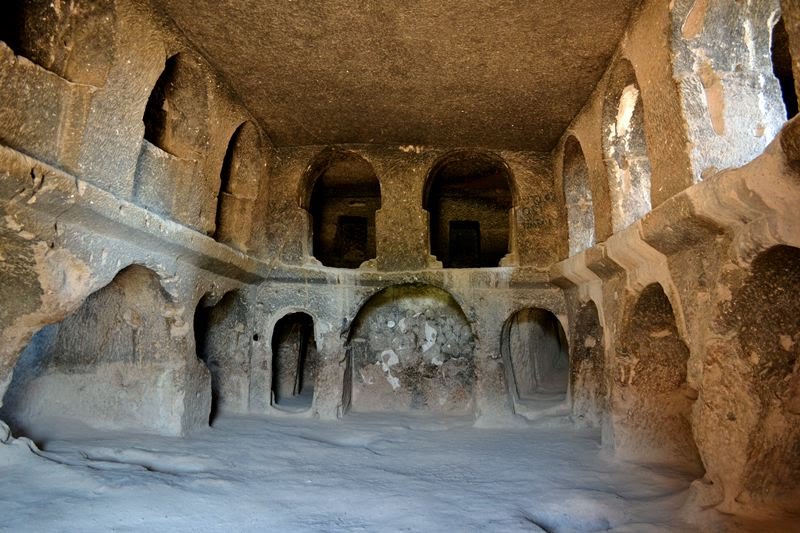 Arrive in Ankara Esenboga airport where your tour leader/guide will meet and great you. Visit the world famous Museum of Anatolian Civilizations and the impressive mausoleum of Atatürk, father of the modern Turkish people. After lunch, travel across the central Anatolian plateau to Cappadocia, a landscape of unique rock formations and ‘Fairy Chimneys’.  Beginning in primitive times, early Christians carved elaborate frescoed churches and underground dwellings out of the porous rock. En route a brief stop to visit the famous Agzikarahan caravanserai. Upon arrival to Cappadocia, visit the 12th century frescoed churches, monastery complexes and rock-hewn churches at the Goreme Open Air museum, the church of St. Joseph, St. John and St. Theodore; Transfer to your (*) Hotel (L)

* Please select your hotel and make your reservation.

Full day exploring the Cappadocian region: the land of saints and early Christians, Stop at the majestic fairy-chimneys of Pasabag, a gentle stroll among the naturally sculptured rock shapes of Devrent Valley. Continue to Mustafa pasha (Sinasos) for lunch. After which we will visit the village, renowned for its excellent Ottoman and Greek architecture. Continue to Avanos to visit the pottery artisans in the traditional rock carved village; followed by a visit to Uchisar to sample some of the wine produced in the area. Enjoy a panoramic view over the Cappadocian lunar landscape, before returning to your hotel (L)

Today we travel across the fertile plains of Cappadocia to the multilevel underground city of Kaymakli. Proceed to the sheer-sided canyon of Ihlara. Enjoy a 4 Km hike through the Ihlara valley to Belisirma village. After lunch, leave for Selime visit this surreal town and several rock-hewn churches; travel the Silk Road back to Cappadocian Natural Park, return to your hotel. (L)

MESSAGE TITLE
As much as possible we have tried to be accurate regarding pricing. CVB Travel reserves the right to change or modify its fees, suite to the changes made in various charges in Turkey, such as taxes and entrance fees, resulting from policies of official units, which will have a direct effect on the general costs, excursion to cappadocia