You are booking for : Full-day Demre

Demre is the Lycian town of Myra, the home of Saint Nicholas of Myra, the historical man later developed into the figure of Santa Claus. The district was known as Kale until it was renamed in 2005. 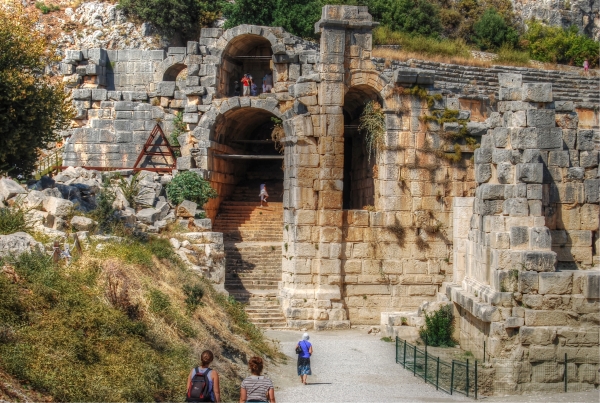 The earliest church of St. Nicholas at Myra was built in the 6th century. The present-day church was constructed mainly from the 8th century onward; a monastery was added in the second half of the 11th century. In 1863, Tsar Alexander II of Russia purchased the building and began restoration, but the work was never finished.The church is currently undergoing restoration. In 2007 the Turkish Ministry of Culture gave permission for the Divine Liturgy to be celebrated in the church for the first time in centuries. On 6 December 2011 Metropolitan Chrysostomos, who has the title of Myra, accordingly officiated.

Some of the finest examples of Lycian history are to be admired at Myra, visit The world famous St. Nicholas church in the expanding town of Demre, Visit Kekova mediteraneans picturesque islands, numerous bays and ancient sunken cities. A full day of highlights (L)